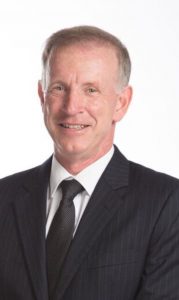 Malcolm was admitted as a solicitor in the State of New South Wales on 8 July 1983.

From July 1983 to April 1989 Malcolm worked at John Sarroff & Co Solicitors. This firm was a general practice firm which provided Malcolm with a broad experience in many areas of law. From April 1989 to July 1990 Malcolm worked at Collins & Stephens solicitors. Collins & Stephens were engaged by the debt collection company known as Traders Collections Services Pty Ltd to undertake legal services for their clients.During this time people obtained extensive experience in debt collection and insolvency.

During the period commencing from September 1990 to May 1993 Malcolm practised as a barrister specialising in commercial litigation.

In May 1993 Malcolm established his own firm MJ Murray & Associates later known as Murrays Lawyers. Murrays undertook legal work for the clients of the debt collection company known as Credit Solutions Australia Pty Ltd. Malcolm was also one of the owners of the debt collection company. Murrays established offices in NSW, Queensland, Victoria and South Australia. As a result of practising in the different states Malcolm became very familiar with the practices and procedures of the Courts of those states. Credit Solutions was sold in 2000 and shortly afterwards Murrays ceased to trade.

In January 2002 and until June 2008 and then from July 2009 to March 2014 Malcolm was a director solicitor of Aston Reid Lawyers. The legal firm were solicitors who undertook legal work for the clients of the debt collection company known as Commercial Credit Services Pty Ltd. In April 2014 Malcolm took over the firm known as Peter Winters & Co, which later changed its name to Malcolm Murray & Associates. Both these firms predominately provided debt collection services, but also provided a wide range of services to their clients.

Malcolm has now practised for over 30 years and has gained extensive experience in many areas of legal practice. Malcolm is a hard working and personable solicitor who will provide you with excellent and cost effective service.

We provide services in many areas of law in particular we specialise in commercial litigation and in debt collection.

Our firm is both familiar and experienced with commercial litigation in all state jurisdictions.